From the early Urnfield culture expanded the Hallstatt culture (ca. 1200-500 BC), associated with Proto-Celtic (Chadwick 1970). The later expansion of La Tène culture (ca. 500-1st c. BC) from certain core Hallstatt regions – valleys of Marne and Moselle and neighbouring Rhineland in the west, and a Moravian zone in the east – has been linked to the spread of Celtic languages (Figure 20). However, the Mainz research project of bio-archaeometric identification of mobility has not proven to date a mass migration of Celtic peoples in central Europe ca. 4th-3rd centuries BC, i.e. precisely in a period where textual evidence informs of large migratory movements (Scheeres 2014). La Tène material culture points to far-reaching inter-regional contacts and cultural transfers (Burmeister 2016).

R1b1a1a2a1a2b-U152 lineages are found today (Figure 19), scattered to the north, south, and west of the Alps, reaching the southwest corner of the Iberian Peninsula, and the British Isles. It seems to peak around the current borders between Italy, France, and Switzerland. The first sample of haplogroup R1b1a1a2a1a2b-U152 found in the British Isles (contemporaneous with the first sample found of haplogroup R1b1a1a2a1a1-U106) is from Driffield Terrace ca. 250 AD, after the Roman invasion (Martiniano et al. 2016) .

The expansion of I2a2a-M223 lineages, assumed to be already mixed with R1b1a1a2a1a2b-U152 lineages since at least the Tumulus culture, is found from the British isles to Anatolia, with a I2a2a1a1-M284 lineage concentrated in Great Britain (with mutational divergence suggesting its foundation ca. 300 BC) providing “some tentative evidence of ancient flow with eastern areas that could support the idea that the La Tène culture was accompanied by some migration” (McEvoy and Bradley 2010). 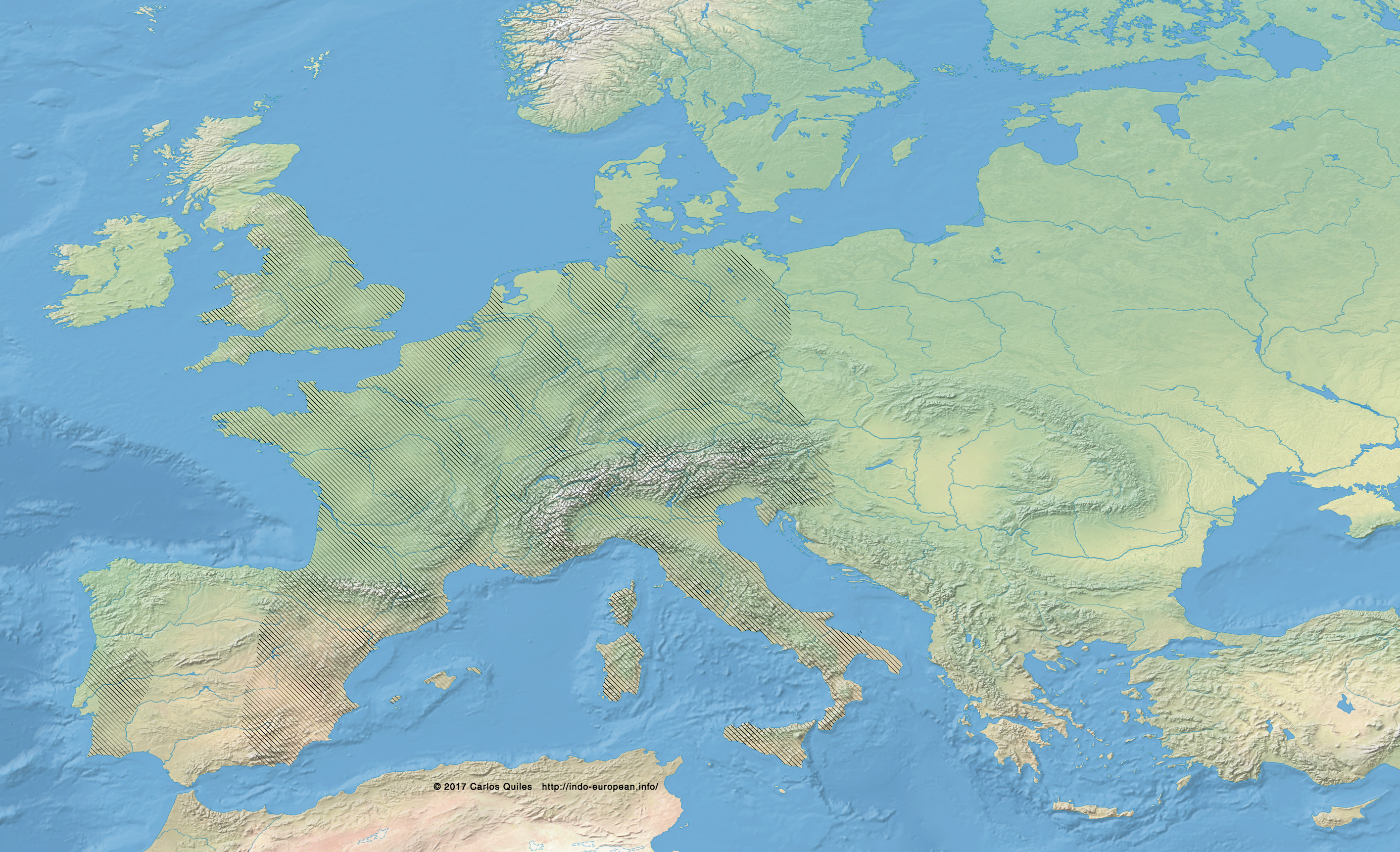 Burmeister, Stefan. 2016. Archaeological Research on Migration as a Multidisciplinary Challenge. In The Genetic Challenge to Medieval History and Archaeology, edited by W. Pohl and A. Gingrich: Austrian Academy of Sciences Press.